So another great night  on Friday! We had loads of people down and other games being played.

So let’s get into it.

So first we will head to a controversial battle between the forces of USA and the British army. Must be a training exercise. 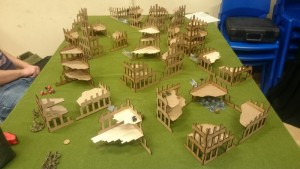 Looks like this American tank has a tasty morsel in it’s sights. To good an opportunity to miss. 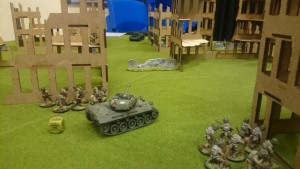 The Americans slowly make their move forwards, forcing the British on to the defensive. 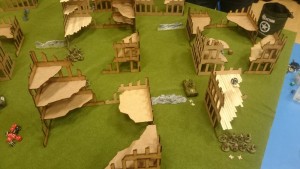 Unfortunately, the power of the USA is too much for the British and are wiped out to a man. No wonder they are considered the greatest power on the planet. 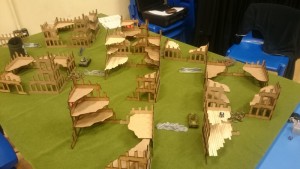 Next we continue a few miles away where things can only be considered as a major “friendly fire” incident, as the USA face off against the USA. 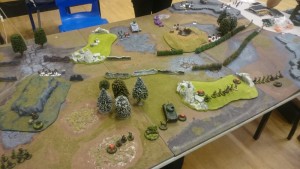 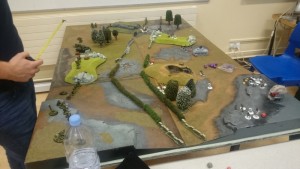 We start things off with Scott’s army in a line formation and George’s army in  a more scattered formation, both of them with their tanks in the open ready to do some serious damage.

As the marines make their way forward George quickly move his tank to the centre of the board. During this time the foot soldiers make mincemeat of each other. 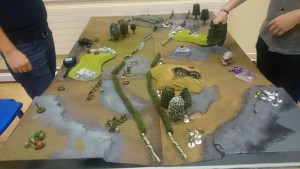 Scott’s tank get lucky and escapes incoming fire from George’s and heads out to assist his dwindling allies. By the end not much is left on the table, but the only victor is the true enemy from the East. 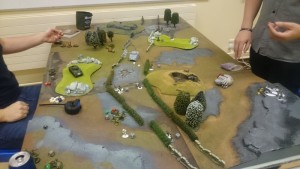 Me head many years into the future where the warfare has advanced but there is equally as much death. With Daniel’s UCM forces preparing for a defensive fight, while Roger’s Shiltari launch an invasion force to wipe out any resistance. 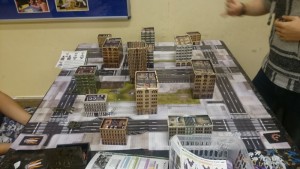 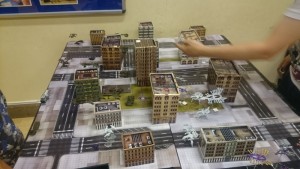 Ollie and I have once again joined forces to survive and escape this hellhole station and it’s evil task master Dan Kirk (the anti-christ of DOOM). 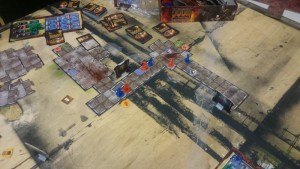 As soon as we head out from our starting point we are instantly attacked by the invaders. With my upgrade cards I can quickly cut through any enemy that I come across while Ollie can back me up with his range and damage advancing upgrades. 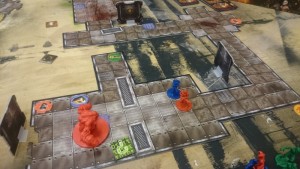 We head towards the next section of the station and come across a Mancubus but thankfully due to our combined strength we rip through the bastard. 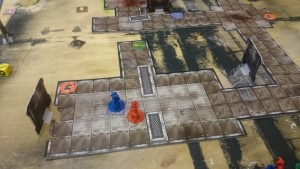 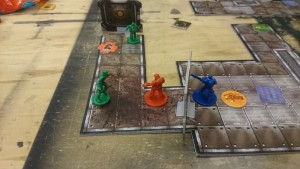 …AMBUSH!!! The ultimate evil has laid a trap and has cut me off from Ollie! But luckily with my trusty chainsaw and Ollie making it through the door allows us to make short work of the Imp and Zombie that are sent to kill us. 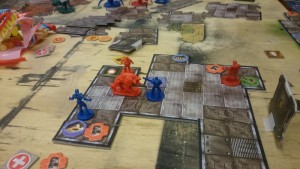 We make quick work of any invaders we come across till we find the portal that leads to the final section of the station. Ollie is attacked by one if his mortal enemies, a Demon, but is lucky enough to avoid its attack and we regroup to finish them off, gather supplies and head through the portal… 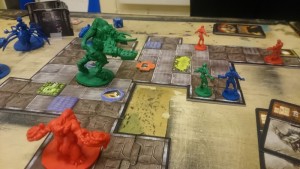 … To pure HELL! We come across multiple enemies in the form of three Imps, two Mancubus and worst off all a Cyberdemon. I was unlucky enough to have my chainsaw broken in a previous fight and was knocked back through the portal by the Cyberdemon. Ollie is left to defend for himself. He takes out the remaining Imp’s and holds his ground against the Cyberdemon as I make my way through the portal, Ollie passes me his chainsaw and we chop the Cyberdemon to pieces then make quick work of the Mancubus. 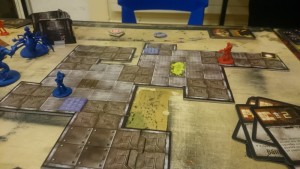 This leaves us alone in the final section to get our barrings and take some time to regroup and recuperate. We prepare for the next invasion.

So it seemed to be a great night with some great games played. As always this makes me look forward to next week even more.

As always I hope you enjoyed this post, see you all next week.