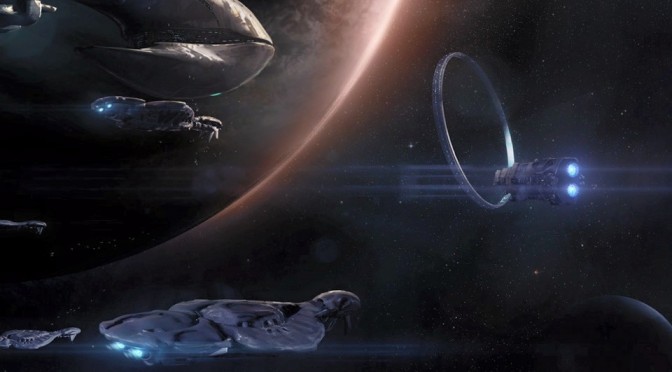 So I have been able to get my first proper game of Halo: Fleet Battles.

Thanks to @mterminatorw for inviting me to his place and playing.

So as this was my first chance to play the full game after practicing just the Battlegroup phase it was a great experience to use everything in my Fleet.

So let’s get started.

So this is the setup that we started with, no small encounter, we went straight to the defence of Reach. Michael was playing the defending UNSC fleet while I was launching a first wave attack against Reach with the Covenant. We both had around 1000p (give or take a few points).

Things quickly started to escalate when I lead my main force into the asteroid fields and the UNSC was quick to react and meet me up close and personal. 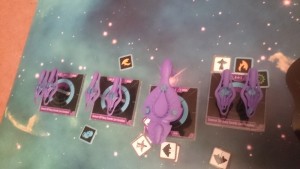 The UNSC battlegroup got the first damages on mine with its first volley (those MAC cannons can pack a serious punch when combined together). Not to mention all of the bombers that are hanging around my Battlecruiser. 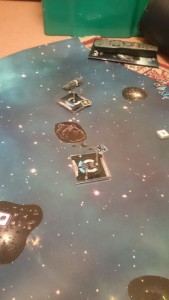 i soon retaliate by destroying one of the Paris class elements and reducing the incoming firepower from this battlegroup. 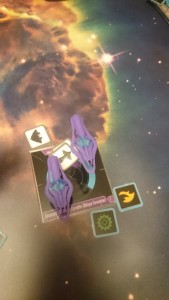 Not only do the UNSC bombers succeed in damaging and hitting a vulnerable system on my Corvettes but now he has launched boarding parties. Time to let the Elites have some fun. 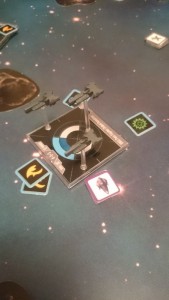 While the action continues on the other side of the asteroid field my bombers are able to some serious damage against this Paris class element causing 2 damage tokens and a vulnerable token in just one attack run. This leaves it easy prey to my battlegroup that is descending down on them fast.

Thing start to get really close in the centre of the asteroid field as Plasma lances and MAC cannons are starting to go off a short range causing some major damage and loss to both fleets. 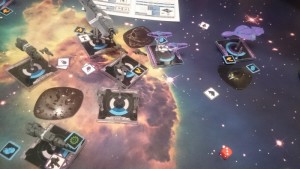 This is where things start to get really interesting. UNSC troopers have been able to board one of my Corvette elements and are causing some serious damage on board and soon make there way to my core where some well placed chargers send it into overload. 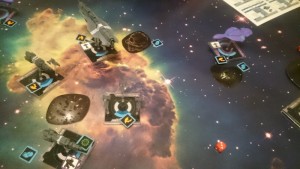 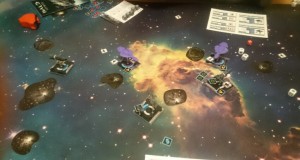 As the remaining ships launch their final desperate salvos and boarders it looks like it could be anyone’s game. 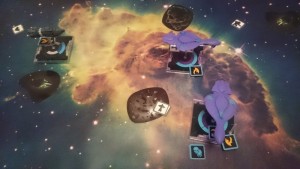 And this is where we come to possibly the best play in the game. A group of Spartans have been able to board my centre Battlecruiser and have snuck a HAVOK tactical nuke on board hoping to rid the sector of the alien menace. They  quickly fight past the remaining Elite and grunt defenders and make their way to the centre of the ship and plant the bomb. They fight desperately to return to the waiting Pelican. Can they make it in time… 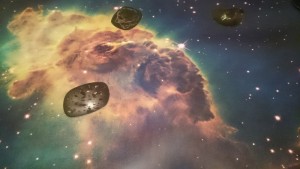 With the HAVOK’s timer reaching zero it vaporizes every living thing in the local area. Leaving nothing but dust and echoes.

This was the final and most successful attack in the game, wiping out every last ship from local space. Leaving Reach secure till the next wave of Covenant arrive and hopefully giving the rest of the UNSC defence to gather and prepare. 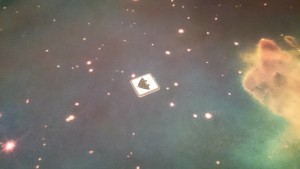 But whats this?!? It seems like one lonely bomber wing has survived to tell the tale. This guy was lucky enough to have survived the HAVOK nuke but he has quite a trip to make his way back to Reach.

Well as this was my first game I got great satisfaction from the result. We had a great game with some fun moments and look forward to the UNSCs revenge against the Covenant menace.

I hope you enjoyed this battle report and I look forward to doing more in the near future.