Alright guys! So we had a good night on Friday, even though it was quieter then usual. We had all out war happening on the gaming tables.

Here’s some photos of the nights action. 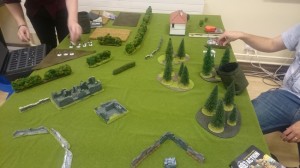 Daniel’s perfectly laid out terrain looks amazing but i’m not sure how long it will last once the bullets start firing! 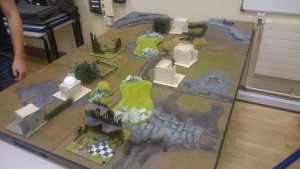 Steve’s army is soon to invade this German held town . 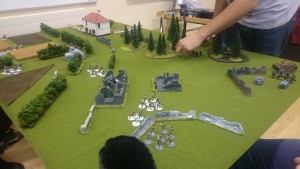 George’s Americans are heading further into the countryside to bring the fight to the Daniel’s German army. 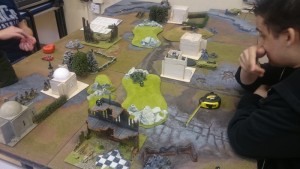 Looks like the hamster in running furiously on his wheel in Chris’s head planning ahead to repel Steve’s American’s. 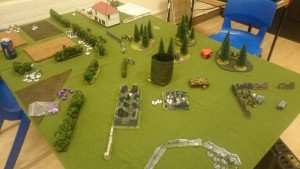 Seems like the German tank is slowly but surely making its way down the field taking out as many Americans as it can. Things are starting to look bad for the Allies.

Where as Steve’s Americans are making quick work of Chris’s German tank.

Seems like the War will continue to go on… till next week.

Well like I said not the most active night but we got some ferocious action from the world of Bolt Action.

Here’s looking forward to next week.